A Bit About Us

For over 40 years Doug Curtiss has been crafting Curtlo frames one at a time. Steel is his favored metal of choice.

A few years ago the now defunct Bicycle Guide magazine summed up Doug’s experience: “Technically, Curtlo Cycles came into being around 18 years ago, when Doug was still in college. Although no official company existed back then, Doug built his first bike as a solution to the problems that he and his riding partner – who were both big guys – were having with the quality and fit of the bikes they were forced to choose from. Back then, riding was a priority for Doug. And after college, he put in as many as 15,000 miles a year, including four cross-country journeys and a four-month trip through Europe. Doug certainly has the miles in his legs to offer some expert advice as to what might work when it comes to designing and building bikes.”

It his hard to describe the “feeling” of riding a custom, hand-built bike, but there is a difference. The vast majority of riders out there get used to a four-sizes-fit-all mentality, and probably ride on frames that could fit their body and style better. This is where Curtlo Cycles comes in. There is no big production line, no trillion dollar bike-machines, only Doug and his torch. 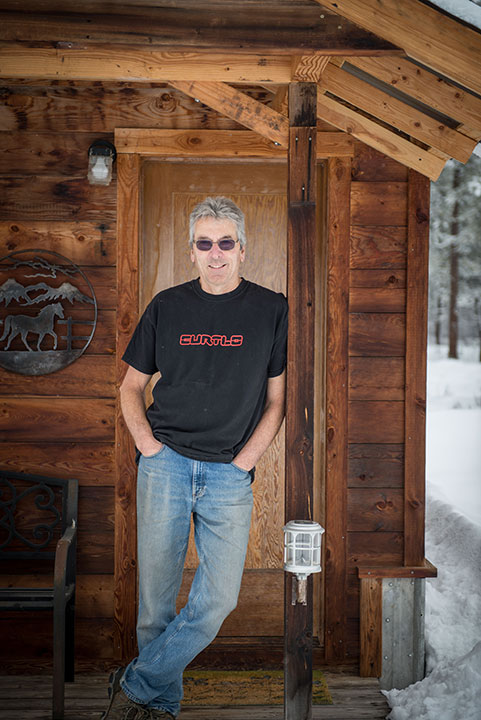 Doug Curtiss, at his workshop in Winthrop, Washington 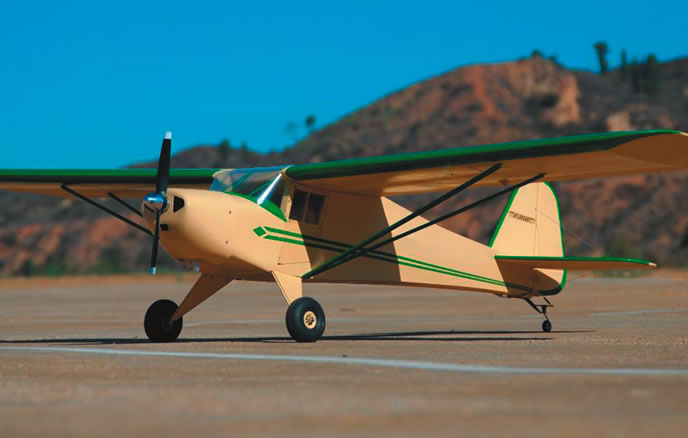 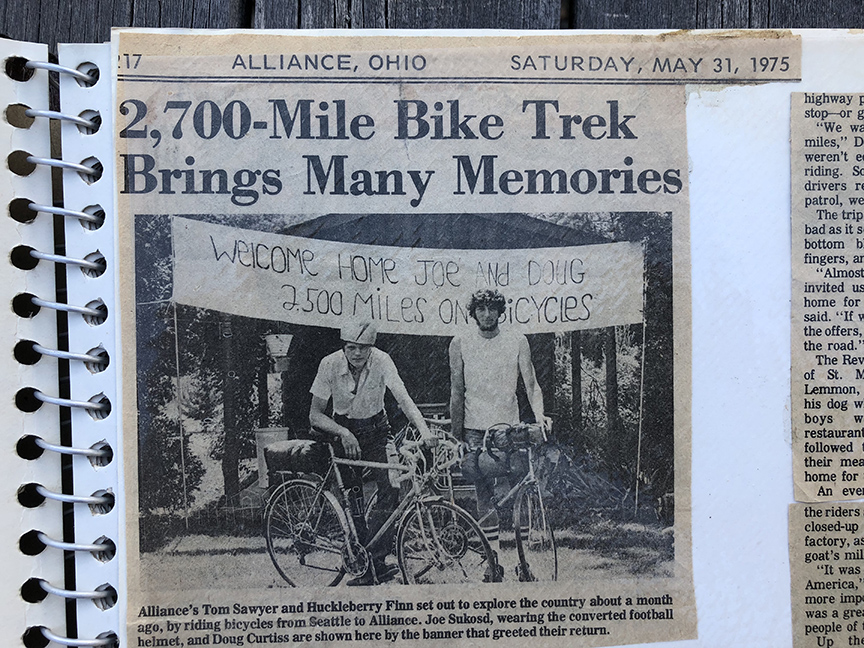 After a six month stint living in Seattle, Doug foolishly departed, mid May, on a $129 Nishiki with 15 pounds of gear, no tent and half a sleeping bag, and road across the United States. A passion for cycling is born. 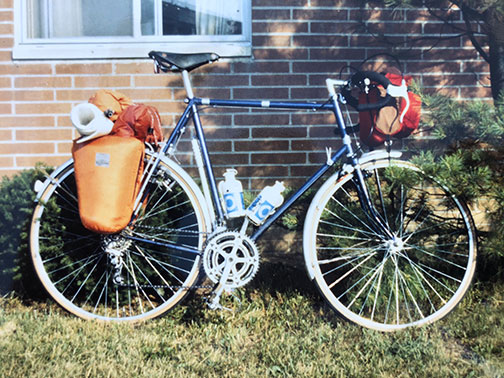 “During my college years, I couldn’t find a bike that fit me, since I’m 6’-3” with a 38” inseam and a 6’ 6” wingspan. Another riding buddy was so strong that he would break any high quality frame and even Campy cranks. So we bought some Reynolds 351 tube sets, some lugs and built our own frames in his basement in Rootstown, Ohio.” – Doug
Doug made 2 more bike trips across the US on his ever-improving frames.

Inspired by Fred DeLong, a cyclist and engineer, the team quickly saw the advantage of using over-sized tubes and fillet brazing, to accommodate sloping top tubes and the lack of lugs big enough.

Curtlo is “informally founded” by Doug CURTiss and Steve LOitz. 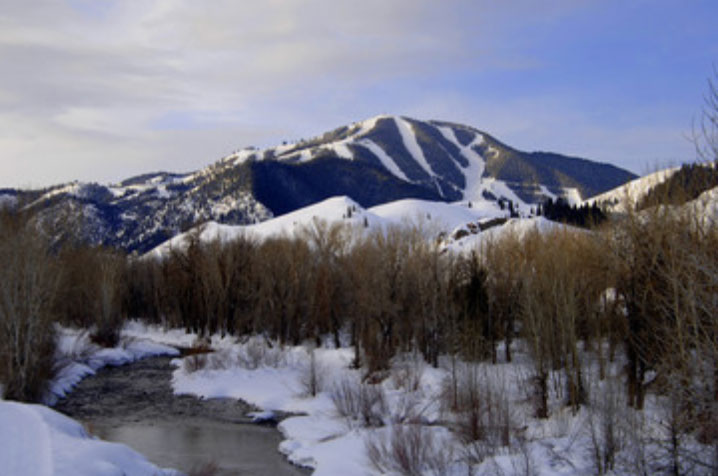 1981: A trip to Alaska brings fat tired bikes into focus. 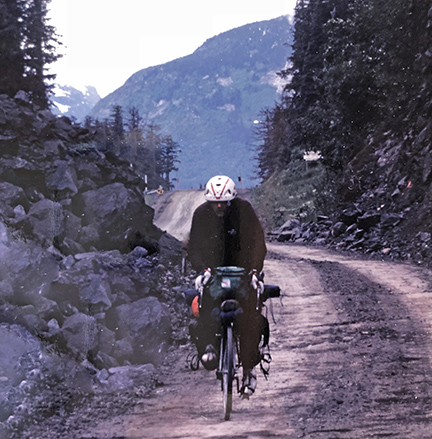 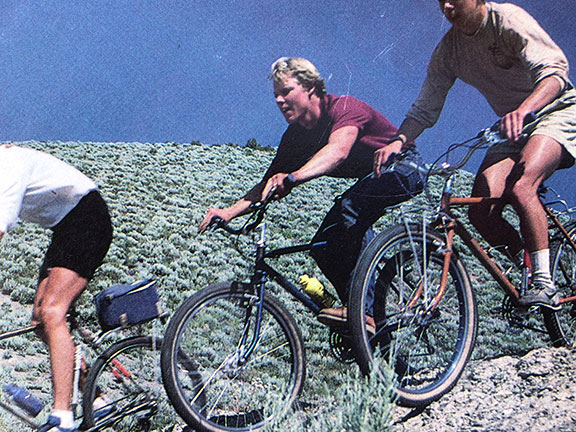 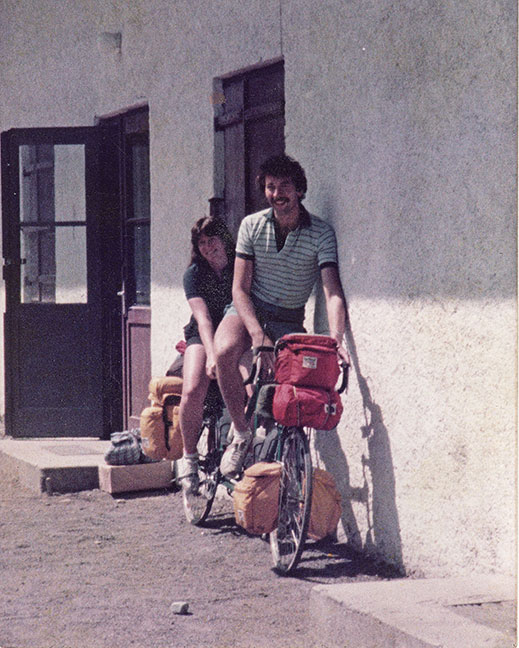 Doug moves to Southern California. He gets married and honeymoons for 4 months in Europe, on a Curtlo tandem. 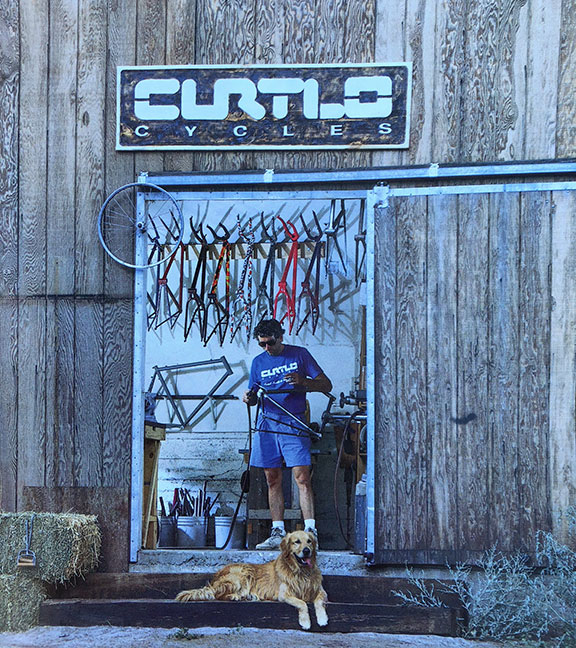 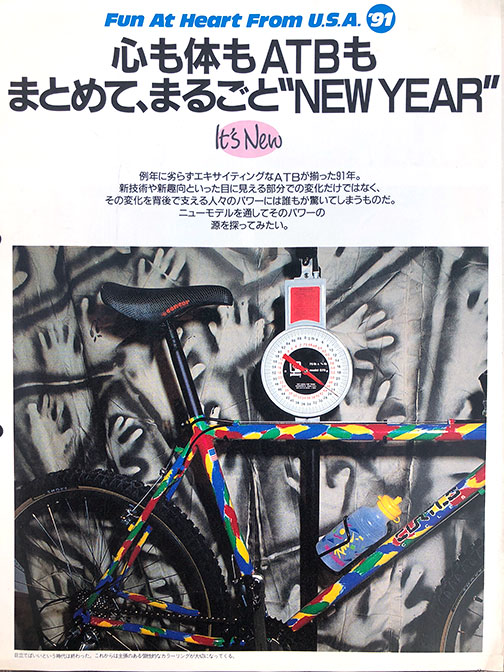 With the advent of the MTB craze, Curtlo is distributed in multiple European countries as well as Japan, and sold through retailers all over the U.S. 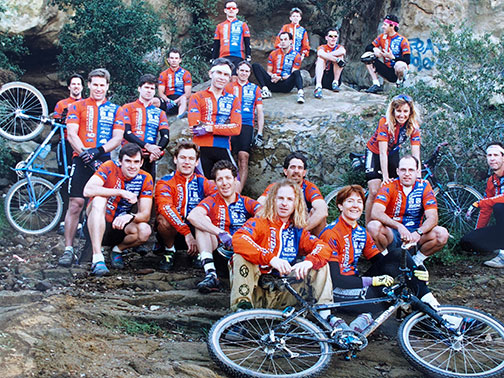 Sponsored multiple MTB and Road Race Teams and individuals, including:

1990: Curtlo appears in print for the first time. 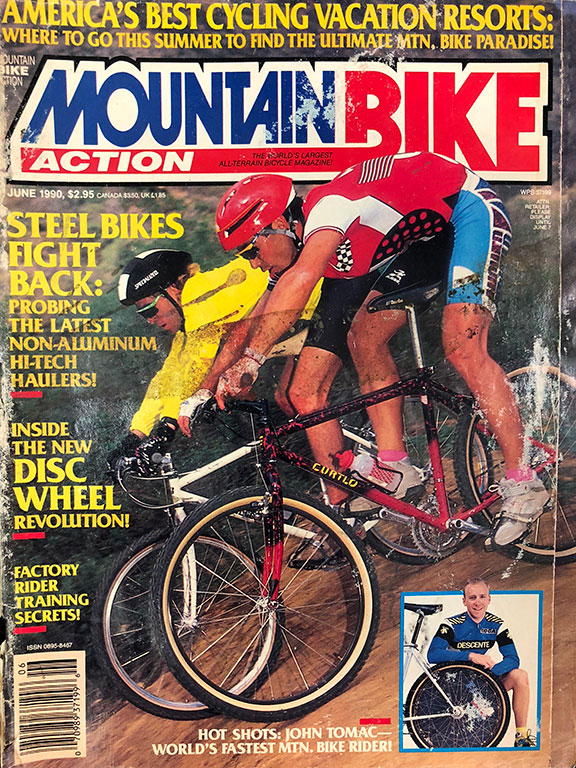 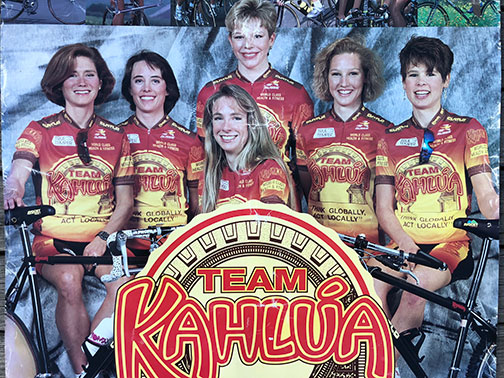 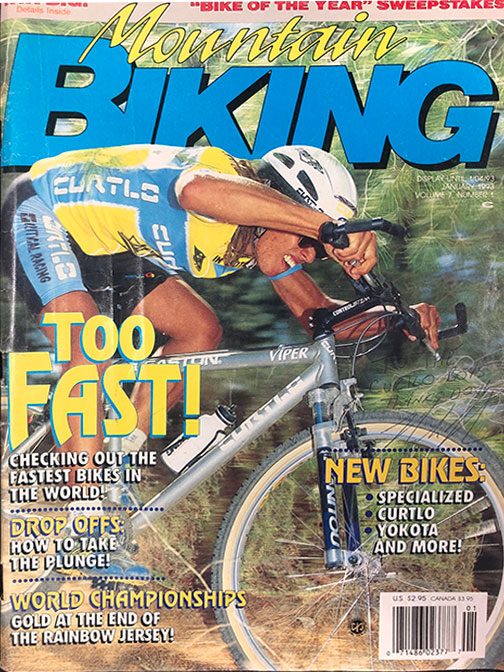 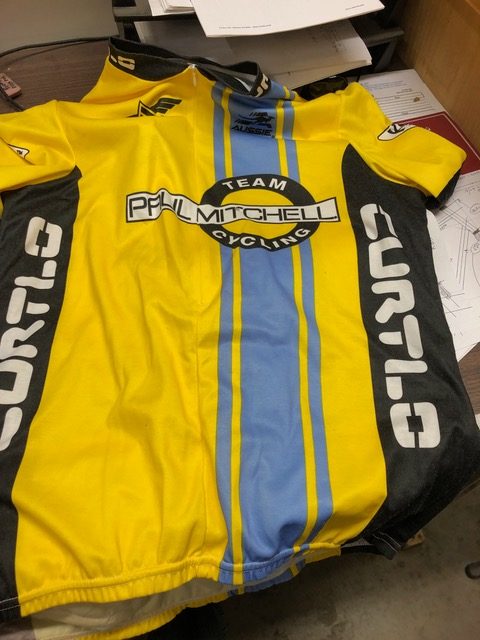 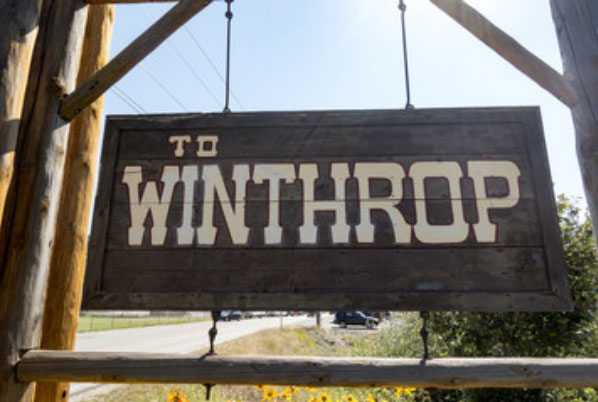 Curtlo moves to Winthrop, Washington, starting a new chapter in US made frame building.

Switched to powder coat finishes for the ultimate in durability. 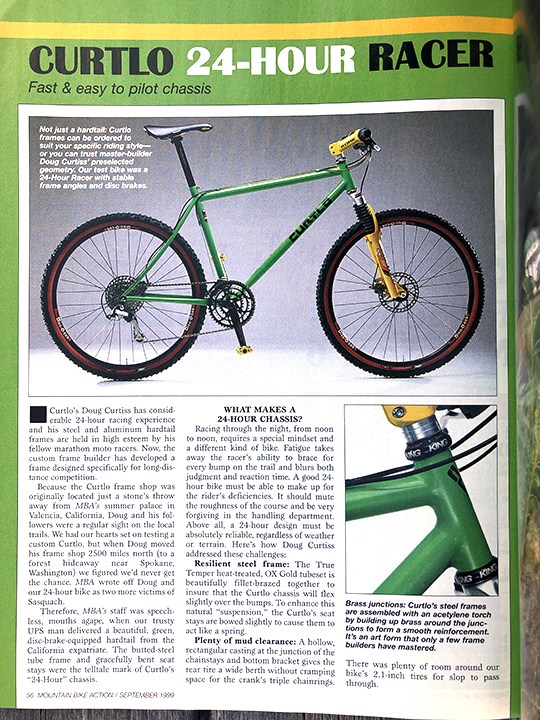 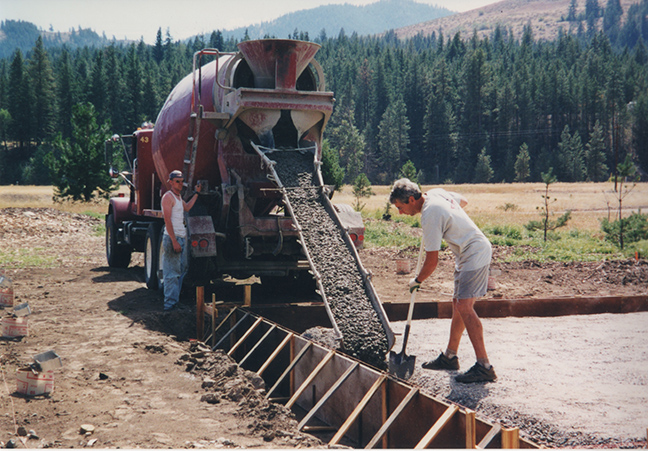 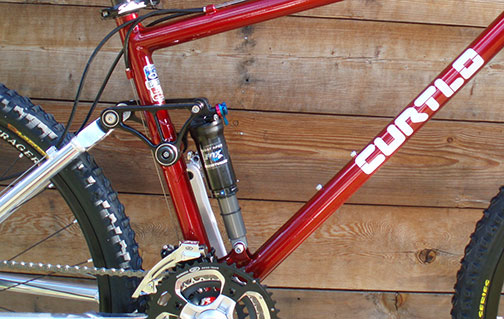 Present Day: Keeping up with industry standards and advances. 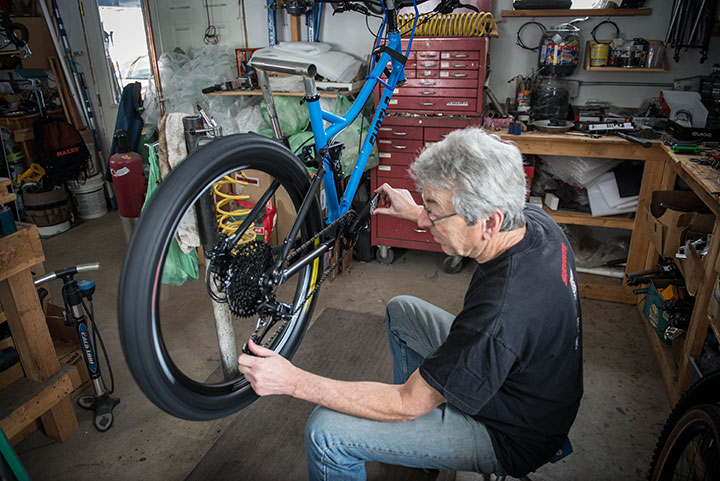 Curtlo continues to offer and incorporate the most relevant and logical industry advances in frame materials, wheel sizes, standards and features. As fixed-size carbon frames gain in popularity, the resurgance of custom steel and other ferous metals begins to continue its comeback. Cyclists of all ages, abilities and sizes benefit from the compliance and beauty of a custom steel frameset.
Page load link
Go to Top